Due to the effects of Hurricane Sandy, Police Museum parties will not be available until 2014. 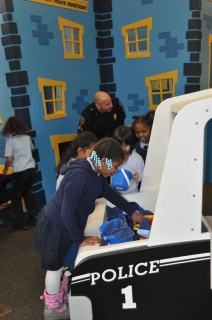 The birthday child and guests arrive dressed as their favorite superhero.   They learn what heroes do and the heroic deeds of the NYPD are highlighted as they visits the exhibits on the first and second floors. 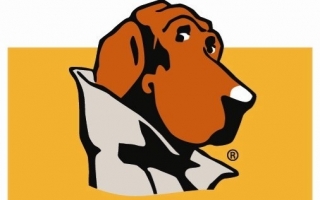 Party guests arrive and are greeted by McGruff.   At circle time children discuss McGruff’s heroic deeds.   Party highlights the role of the police dog in fighting crime and promoting safety.   The children become detectives in their effort to help solve the case of the missing birthday cake as they follow the clues taking them through the first and second floors. 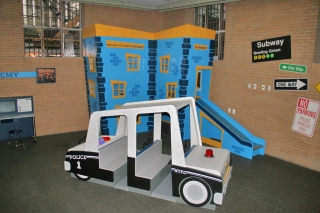 Children go through the police academy training program highlighting endurance, observation, memory and the ability to work as a team. 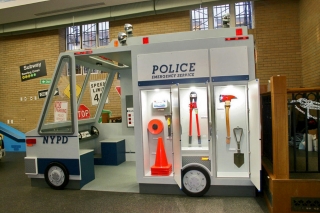 The birthday child stars as the leading junior detective in the search to find the clues of the Scavenger Hunt.  Party guests learn about the history and roles of the NYPD in New York City as they follow the clues on the first and second floors of the police museum.

Lights Camera, Action!   Party guests star in the creation of their own movie with the help of a video director, and Partymakers staff.  The birthday child takes the lead role as the detective in solving the mystery of who done it!  The guests play different roles, and view the movie at end of party while enjoying some birthday cake. 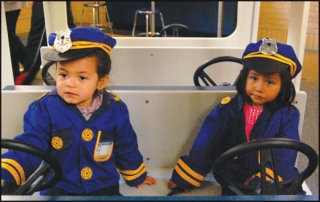 Birthday child is the TV anchor as they interview the various correspondents.  This party highlights the different range of skills and jobs held by police officers through the news of the day.   The party guests act as correspondents from each of the different bureaus. 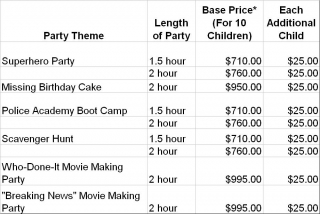 *All party hosts must be Members of the New York City Police Museum, at the Gold Shield level of $100.  Parties ending after 5pm will also incur a charge of $25/hour after 5pm.  Parties held on Sundays are granted private admittance to the Museum at an extra charge of $300, in addition to the price of membership.

** 1.5 hour parties are only available for children ages 4 and under with the exception of the Sunday private admission parties which can be for the full 2 hours.