We were just written about on the “Retail me Not Insider“! Read the story below or visit the article here. 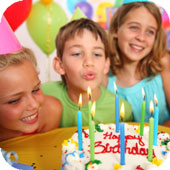 Invitations stating “your presence is our present” for engagement parties, anniversary celebrations, and other adult-oriented bashes isn’t new, but lately we’re starting to see “No gifts, please!” on birthday party invites for the 10 and under set, too. What’s next? A ban on Pin the Tail on the Donkey? A moratorium on piñatas?

We spoke with Linda Kaye, a top party planner in New York who’s put together kiddie festivities at the Central Park Zoo and the American Museum of Natural History, to hear her take on the trend.

“Presents are a big part of birthday celebrations. To tell a child, even up to an 8-year-old, that ‘We are going to donate your presents to a charity’ or ‘We are not going to have presents,’ it’s difficult for them to understand. It’s confusing. They see other kids having presents at their parties,” she says. Kaye feels that once a child is 9, he or she can help with the planning. If the child has an interest in animals, for example and wants to ask friends to help donate money toward a particular animal shelter, the request for donations in lieu of presents makes more sense. Even then, though, Kaye suggests allowing the child to have a choice: Would they prefer gifts or would they like to mention their love of this charity to their friends?

Many parents feel that their kids have an overabundance of possessions, and they don’t want their child tearing into 25 wrapped gifts just to end up with a giant mass of stuff. To cut down on the clutter and offer a lessen in giving, some parents spend time before the party helping their child pack up older, no-longer-used toys in good condition to donate to a local charity. Kaye insists, though, that there’s nothing wrong with a child wanting presents on their special day, and that developmentally it’s just too much to ask them to forgo such a cherished ritual enjoyed by most of their peers.

A party trend Kaye does approve of? Not opening presents during the get-together. “It’s rushed,” she explains, which makes it hard for the birthday boy or girl to truly appreciate each gift. “And some children may bring something less important [to the party boy or girl]” and feelings can get hurt.

To make opening presents more meaningful, Kaye suggests having a treasure hunt with your child after their party has ended and it’s just family. Hide the gifts, then leave clever clues throughout your house to the location of each present. As the birthday child finds a present, he or she can unwrap it and even take a photo to send along in the thank-you note. Other families choose not to open all the gifts on the same day as a way to control the process—and to cut down on the chaos!

If you have time, come up with another way to extend the party. Kaye and her team have last-minute games at the ready, like bringing out a big jar filled with jellybeans. Each child guesses how many are in the jar, then everyone gathers around to count it out.  The kid who gets closest wins a prize, and everyone gets to be involved and have fun—without any bruised feelings.

What do you think? Are presents a key part of birthday celebrations or do you approve of the “no presents, please” trend for kids’ celebrations? Do you like opening presents at a party, or afterward?

Be the first to comment  •  Tags: press, birthday parties, gifts